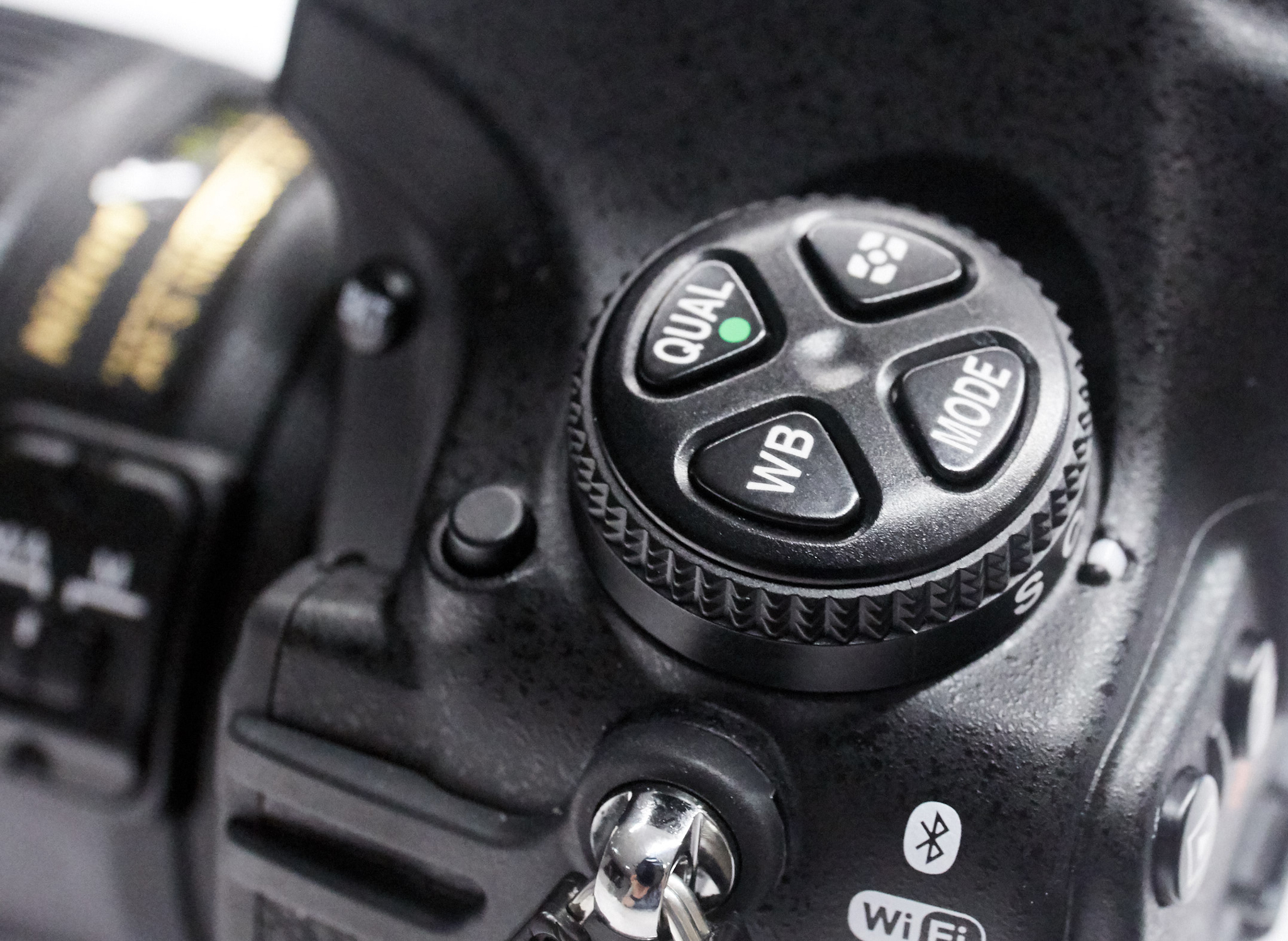 Here are a few practical steps for creating your photo. They don’t have to be necessarily addressed in the following mentioned order. Consider them as a good place to start with your successful shooting.

Most of people take a photo as soon as they see a subject. Most of times, they choose the same place iconic subjects are normally photographed and those locations are instantly familiar. Consider instead a different (and maybe better) angle a few steps away to shoot or even by choosing a different side. By doing so, you may find a different way of looking to your subject, maybe a better light or an interesting background for your subject. By doing so you will push your sense of creativity and make your photo of the subject much less trivial. 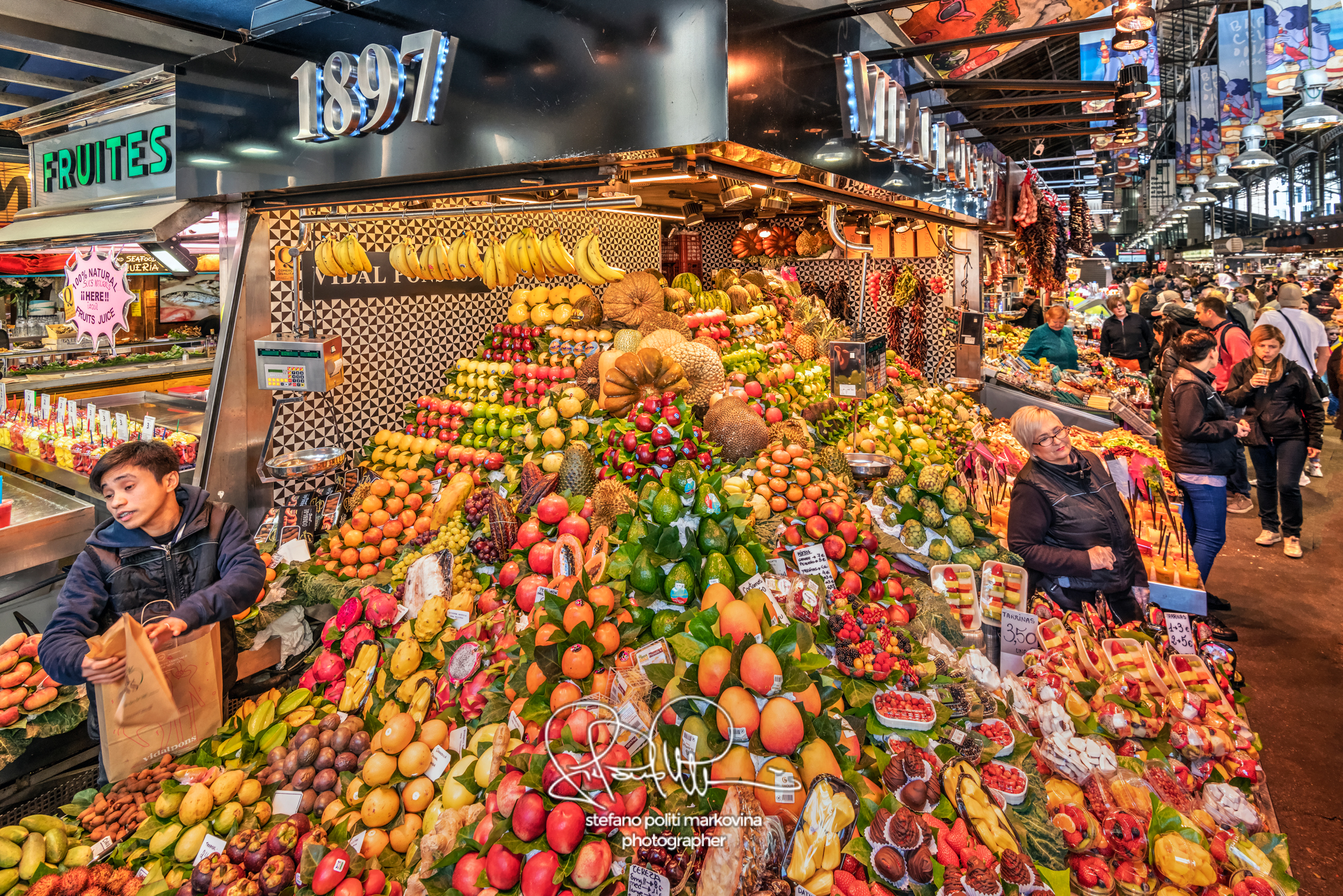 Once you have identified the angle for shooting your photo, consider now a different viewpoint. Instead of shooting from your height, try to lower yourself (kid height) or look for a higher point of view. By changing viewpoint and looking for a unique or original one, you will change the nature of your photo by a side but also set up a different power relation in your image. For example, if you are in a bustling food market try to shoot from a higher angle simply by rising your camera with the arm so you can look over the heads of a crowd (like in this photo). Or try to shoot a town square from a vantage point normally open to people like a cafe terrace to give a different interpretation to your photo compared with a normal town square shot at ground level. 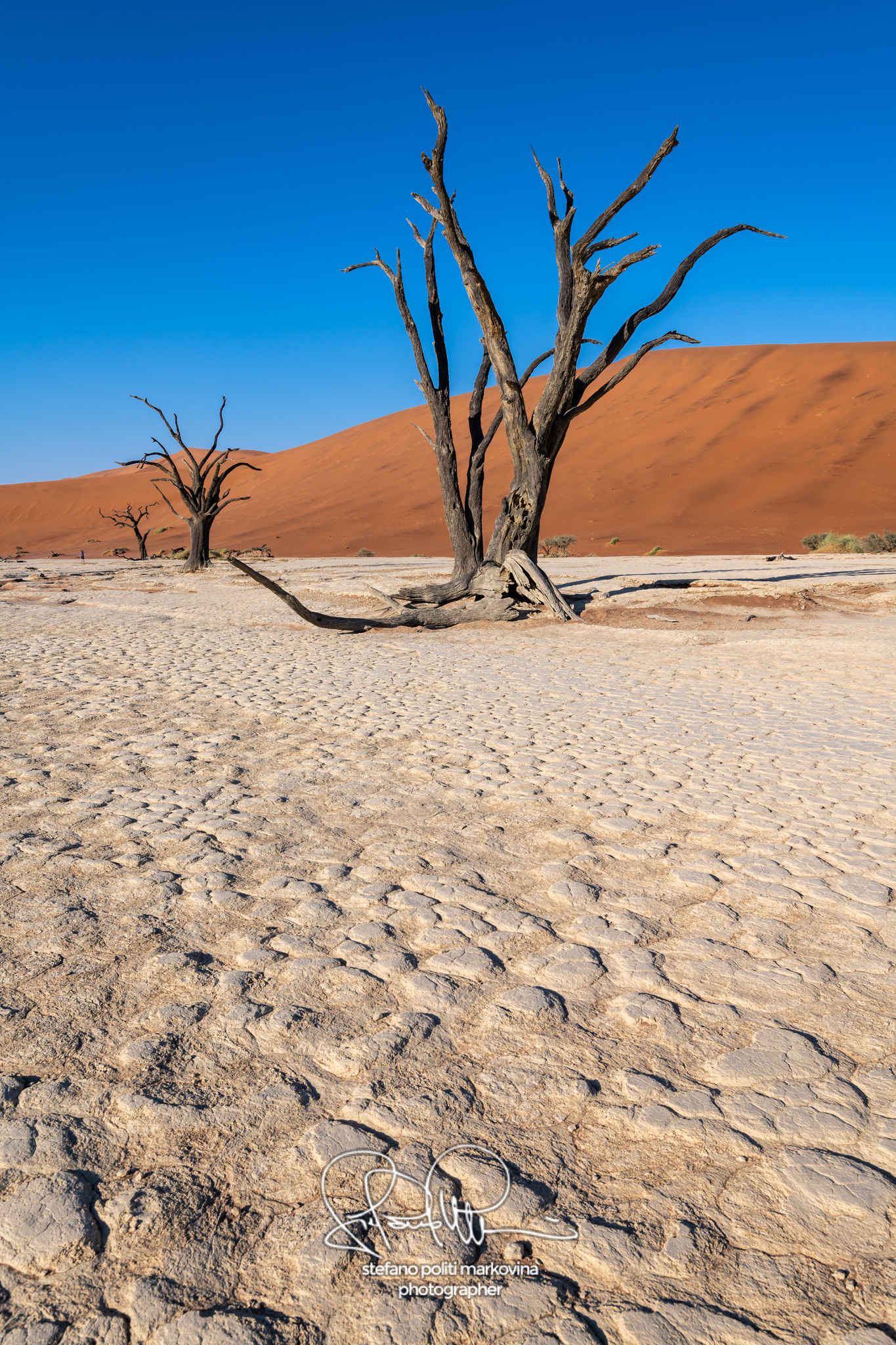 Pictures can be taken in a horizontal orientation (normally referred as “landscape”) or vertical orientation (referred as “portrait”). For unknown reasons, most of people tend to set their cameras horizontally before shooting. Consider framing your subject by turning your camera vertically (yes, you can!) as your picture could be more effective. Sometimes, you are pushed to shoot a subject vertically as a pure necessity otherwise it would not fit inside your picture (for example, a tree or a skyscraper). Shooting vertically a building with a wide-angle lens would help you to correct the distortion of the building itself when editing the image with Adobe Photoshop (or other photo editors) by leaving enough space in the image itself. Shooting vertically with a wide-angle lens will allow you also to include plenty of foreground in your photo and have everything on focus thanks to the depth of field given by the wide-angle lens (like in this photo of a desert landscape in Namibia). 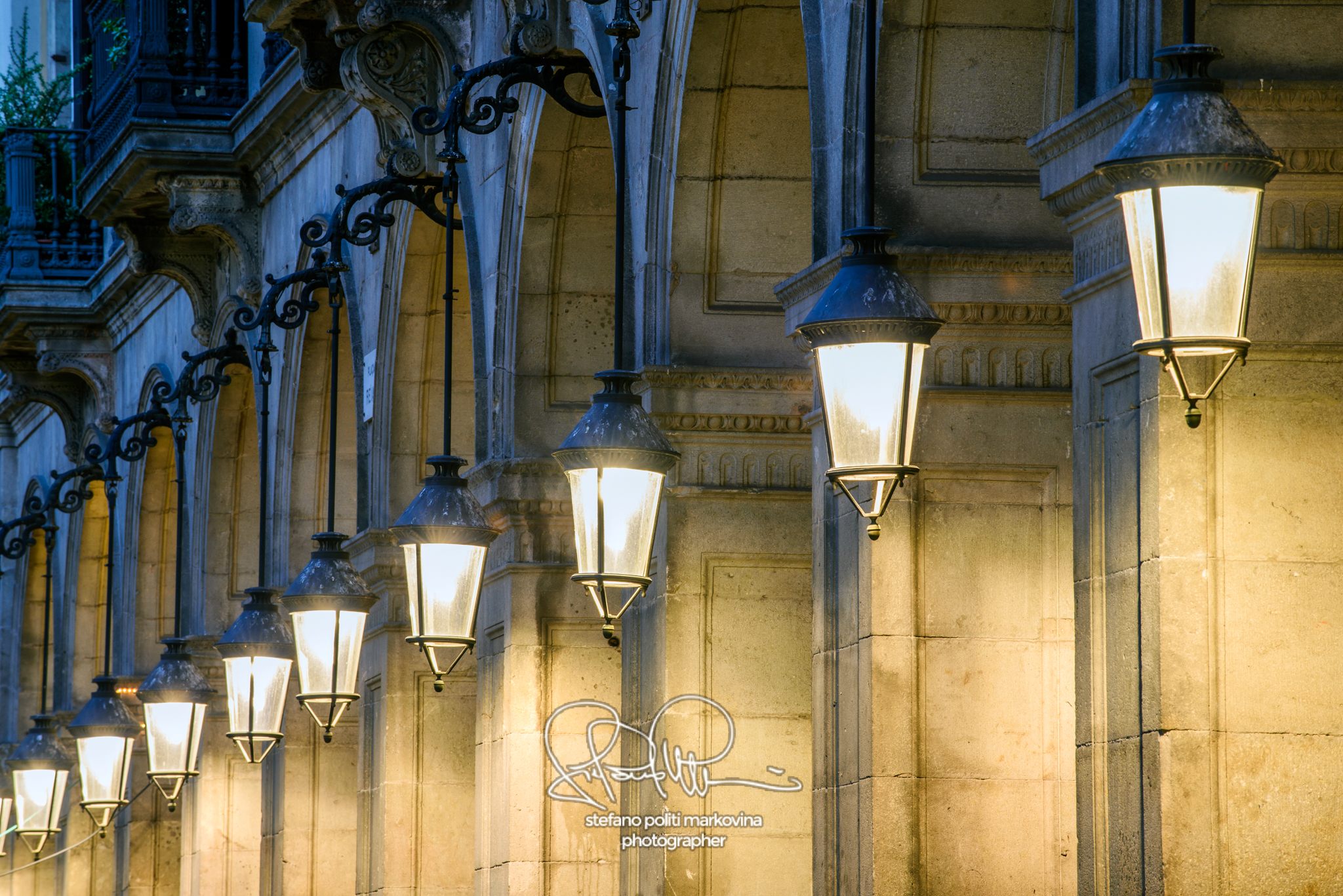 In photography rules of composition are various conventions intended to make your image look balanced (think of rule of thirds for example). As rules are made to be broken, this happens also in photography. Rather than following these rules constantly, try instead to break them or exaggerate them if the final intended result is a better picture. Fill the frame with your desired subject but avoid with placing it in the middle of the frame and remember to leave some space in the picture for any movement. Some compositional devices may help you to make your image more effective such as strong diagonals or frames and arches. Diagonals may add further dynamism to your picture by leading the viewer’s eye into the picture. A diagonal might be a road stretching into a picture or a row of street lanterns (like in the photo). Another useful compositional device is having your picture framed by an arch or a window to add some further visual interest to it. The more obvious example is shooting through a doorway or a window, but you can also create an apparent frame by shooting under overhanging foliage.

WHICH LENS TO USE 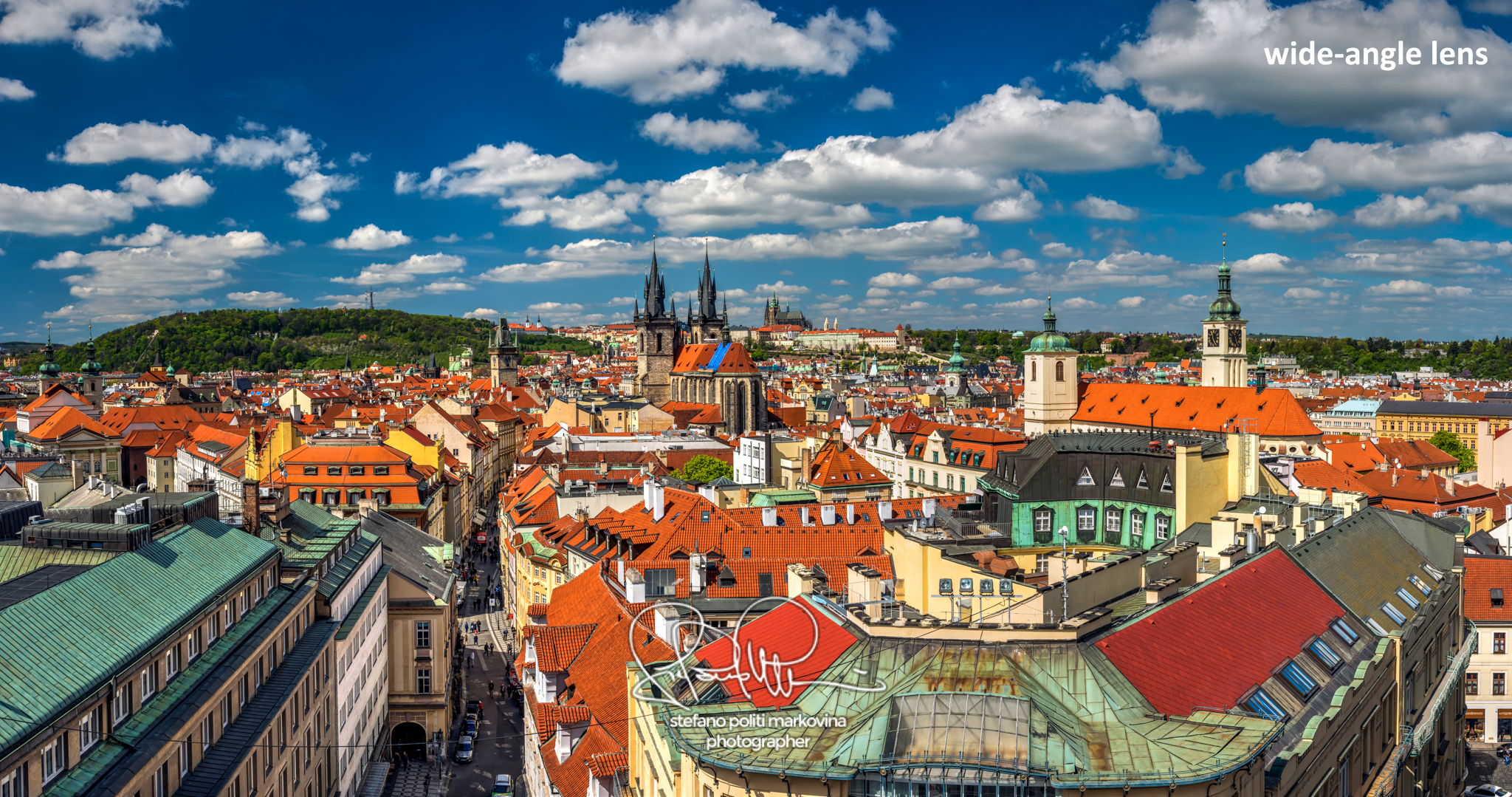 Your choice of which lens you decide to use for shooting (wide-angle or telephoto) can affect the result of your pictures in various ways. This because each focal length has inherent visual characteristics of distortion, depth of field and perspective. Lens focal length has a great impact on artistic design as your chosen lens greatly alters the way you see the subject. The greater the difference between the focal length of a lens, the more profound the effect of these visual characteristics will be. A wide-angle lens will cause more distortion and a greater depth of field. As this lens is mostly to be used closer to your subject, then it will exaggerate the perspective in the image by making single objects to seem further apart.

On the other hand, a telephoto lens will appear to compress the perspective by making objects closer together not to mention these lenses suffer a shallower depth of field. The longer the lens the greater will be the magnifying power and also the narrower the view. By zooming in the distance between your foreground and background appears more compressed and closer. See the two photos of mine. The panoramic size one was shot with a wide-angle lens to magnify the city skyline while in the vertical one, shot with a telephoto lens, the castle in the background seems much closer to the cathedral than how looks like in the other image as the telephoto lens “compressed” the distance between the two buildings. Same subject (city skyline) but different final results. 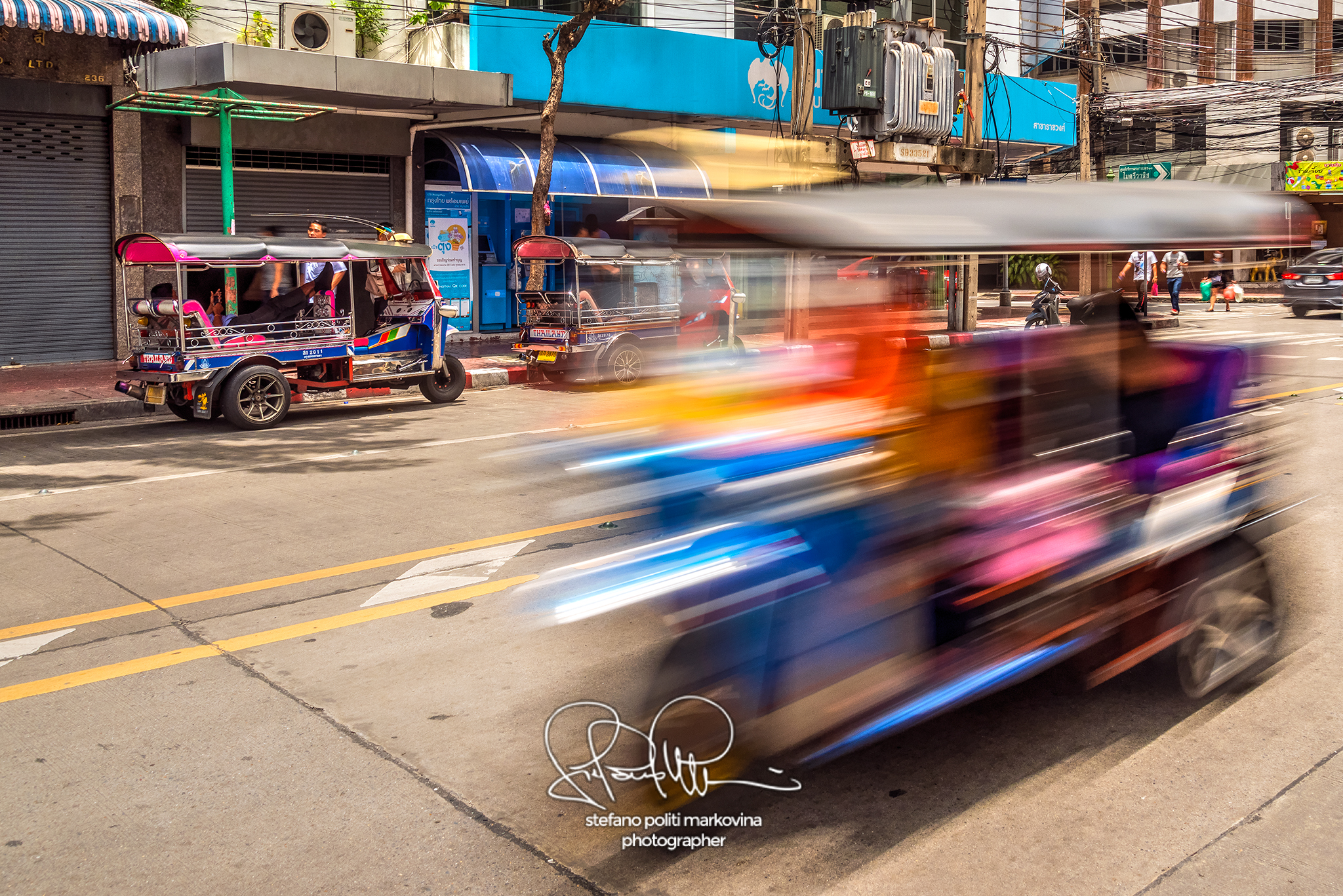 The choice of shutter speed and aperture have a significative creative effect and final result on your image. The range of different aperture and shutter speed combination for each given exposure is one of the most creative aspects of photography. Instead of leaving your camera to set them, try to take yourself full control of settings for a more successful photo by considering the subject you take photo of.
If your subject is moving (a vehicle or a surfer, for instance) then give precedence to the shutter speed (S or Tv in your camera setting) in order to control how the movement is reproduced. 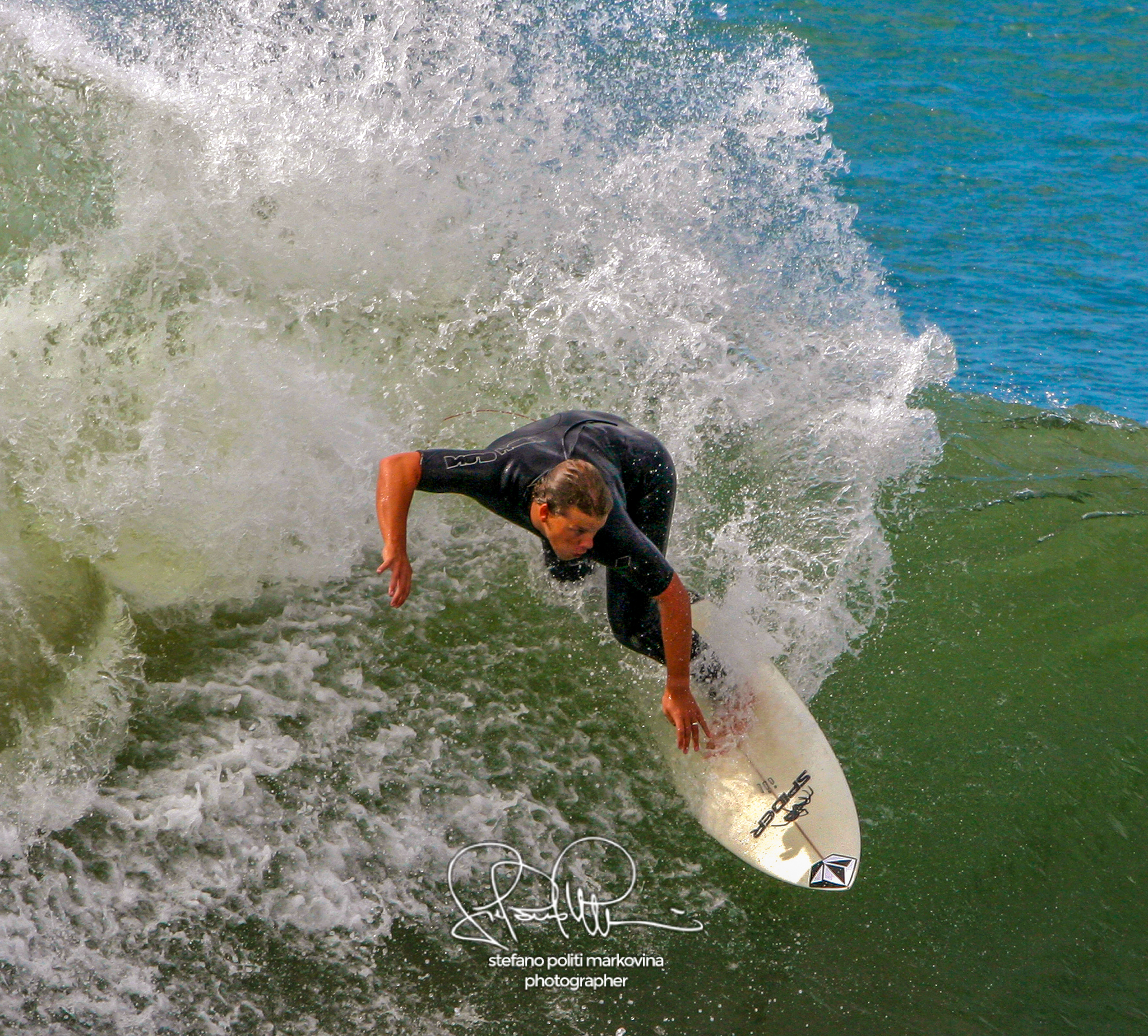 These two images of mine show a different result of shutter speed. You can decide to freeze or blur the subject for the final result you want. It’s up to you.
If the subject is not moving, then, give primacy to the depth of field by controlling with the aperture (A or Av in your camera setting). Aperture controls the depth of field (DOF) of the picture. Depth of field refers to the area of sharp focus between the closest and the most distant subjects in your image. Generally speaking, with landscape images, you want everything be sharp from the closest area to far distances so you’ll choose a deep depth of field. On the other hand, in portrait photography, you will likely prefer that a sharply focused subject (a person, a model) stand out in contrast against a blurred focused background. In this case you will choose a shallow depth of field.