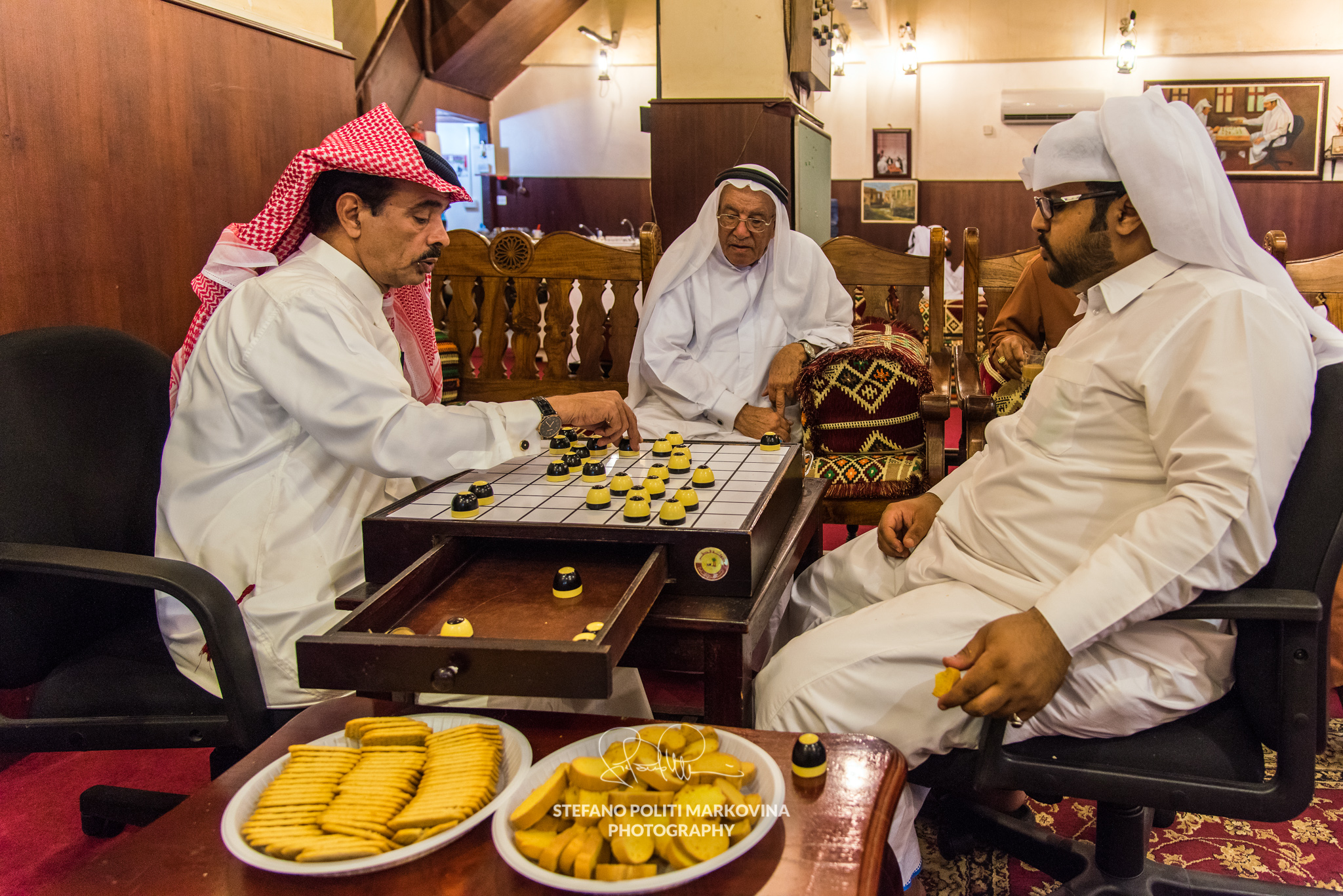 Shooting a few photos at dusk to Doha’s stunning technicolor skyline. Seen from the top of a small hill of this pretty public garden, distant downtown Doha looks like a large expanse of shining and colorful skyscrapers packed against the horizon. Under a dramatic red orange sky all this vertical architectural splendor in front of me symbolises the Qatar’s fast growth and massive investments.

On the flank of the hill dropping down gently to the sea, the beautiful winter sunset brought many local couples or families up here to enjoy the view and the pleasant winter temperature. Children greet me passing me by on board of a skateboard while, a bit ahead, a young lover couple by holding hand is dying to kiss each other. A serene atmosphere is accompanying me since I landed in the Arabian Peninsula for my photo shoot. On the way back to my hotel, I opt for a pleasant detour throughout the labyrinthian and vibrant souk marketplace by making a stop in a small cafe attended just by locals. Inside, red carpets on the ground, vintage pictures on the walls, and a warm atmosphere greet me. Some men are busy smoking sheesha, others playing aldama, an old Turkish game similar to backgammon. Curious about the game, as soon as I stand next to the players, the cafe’s owner brings me a glass cup of traditional cardamom coffee. 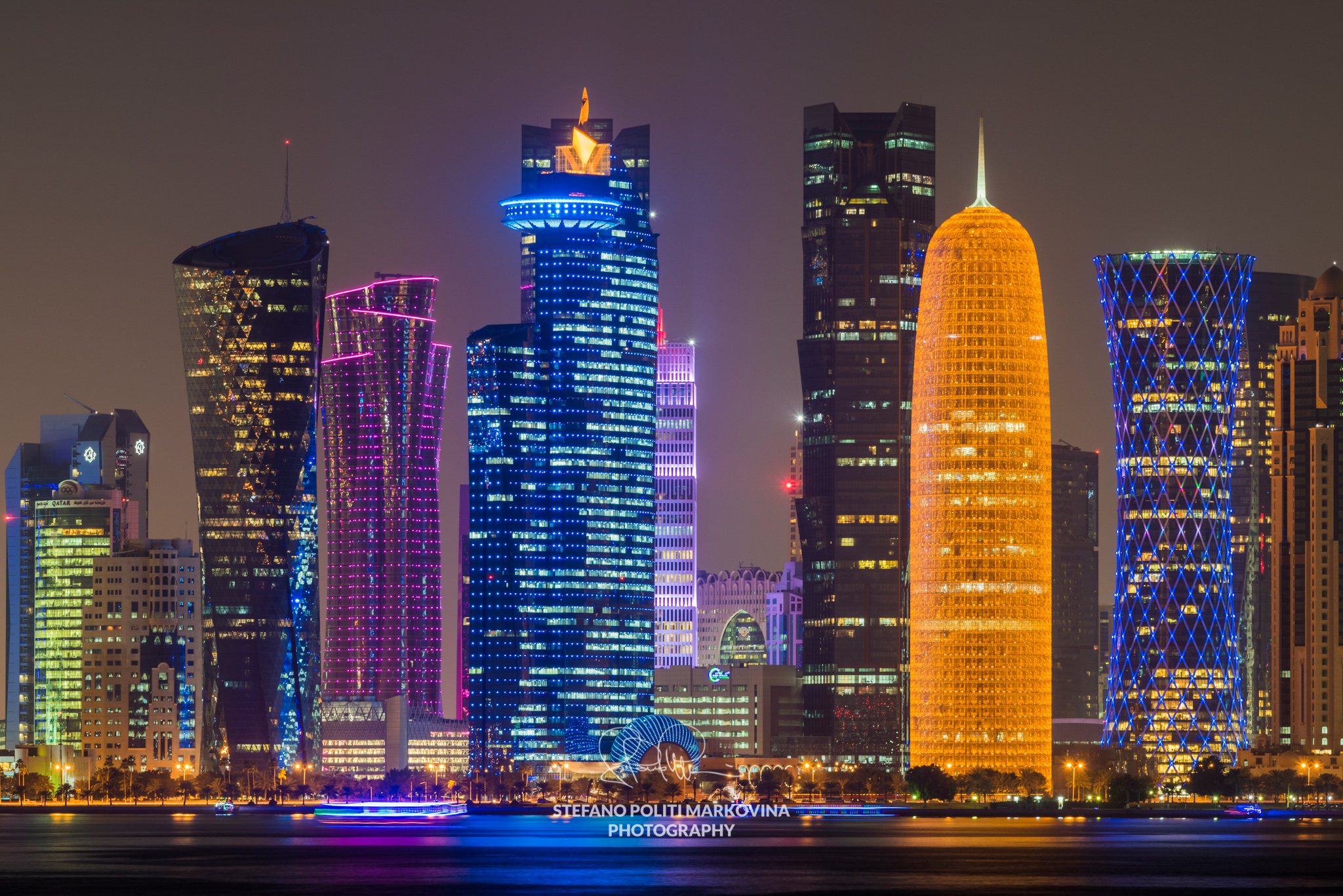 Handsome, tall, elegantly wrapped in his traditional long white tunic with the keffiyeh headdress and perfect designer stubble, he could be a fashion model as many other men I saw in this part of the world. By sipping my hot cardamom coffee, I started to follow the game. It’s all been very sudden and don’t know how. After hesitating for a while, I asked the players if I could take some photos of them while playing aldama. They said yes by smiling to me. After two minutes I was invited to seat next to them. After five minutes, following some quick rules’ explanation, I was invited to join them for a play. I was offered some delicious local toasted sesame seed cookies, more coffee and, to finish, also a cup of hot tea. Within the hour I was introduced to all the cafe’s clients. One of them, as he knew I am living in Spain, called a friend from Valencia he knew a few months before by WhatsApp and passed to me for having some conversation. Another client invited me for another game of aldama. Everybody was so friendly and welcoming to me. Before leaving, I went to pay but the cafe’s owner would’t hear of it. I was not allowed to pay the bill for all the coffees and cookies I got! As I happily dove into the street again, a mix of spicy fragrance and sweet smell of shisha greeted me along the bustling souk alleys. I really love Middle East!