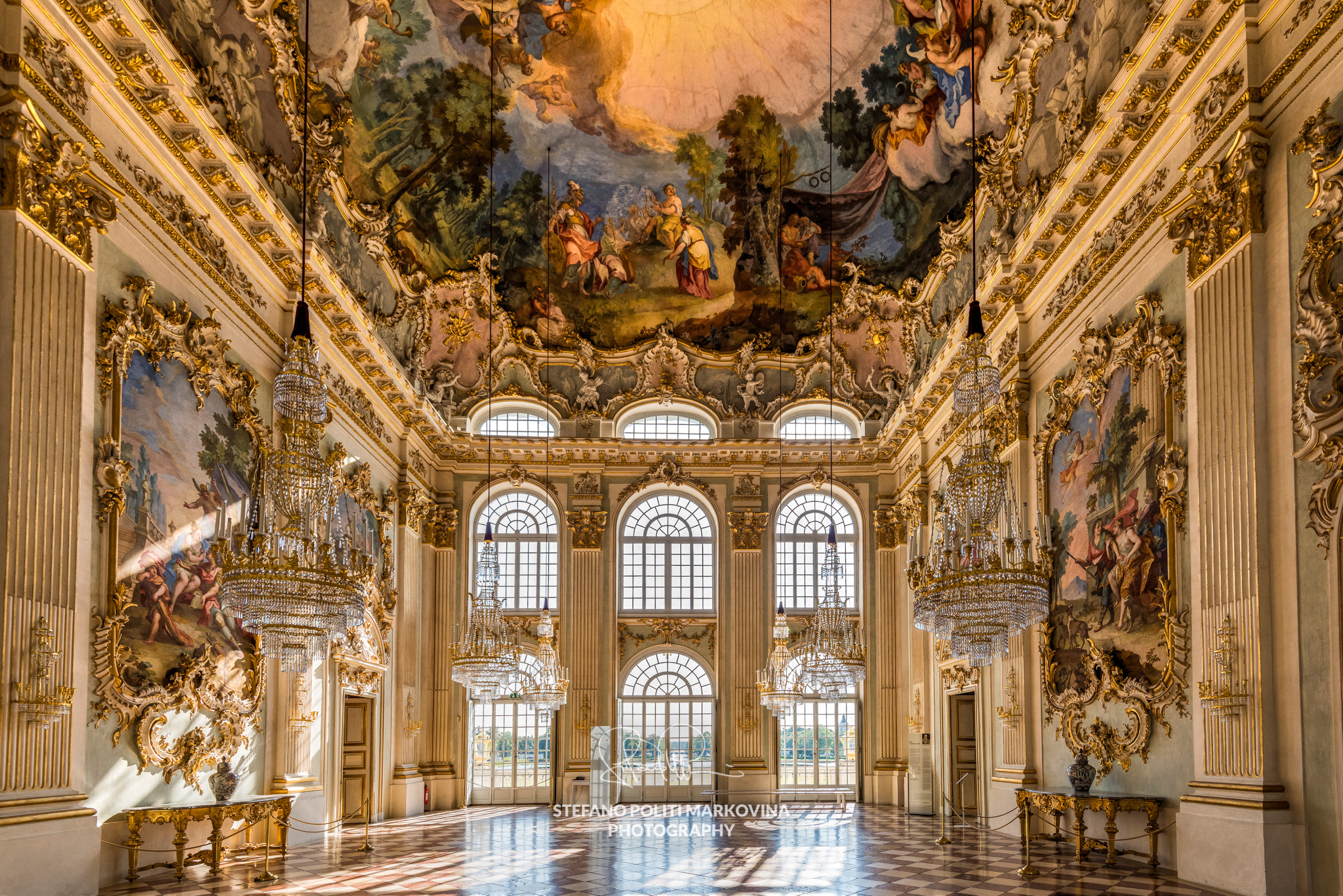 Located just outside Munich and considered one of the tourist highlights of the Bavarian capital, the glorious baroque and rococo Nymphenburg Palace was one of my chosen destinations for shooting photos during a recent German trip.

Particularly, I was interested in taking some photos of the magnificent Steinerner Saal, a great hall extending over two floors inside the palace and richly decorated with stucco and grandiose frescoes. Having chosen the worst month for shooting photos for a professional photographer (August) with probably half of Europe’s tourists around me, I had to make sure to be there early in the morning right at the opening time of the palace and hope that very few tourists had the same idea. With the entrance ticket in my hand, I literally ran to the majestic hall wherein arrived to find myself the only one there. I was able to enjoy shooting photos of the empty hall from different angles without any hurry.

Shooting photos of interiors may involve quite a few problems: lack of adequate light meaning you may have to use high ISO which in turn can lead to digital noise as you are normally not allowed to use a tripod inside historical buildings or museums. To mitigate this, I intentionally chose to go in the early morning so that I would get low but yet powerful sun rays through the large windows as precious source of natural light. This allowed me to reduce the ISO setting in my camera to acceptable values against digital noise. Normally, I mount a super wide angle lens on my camera (a 16-35mm in my case) for shooting interior images so that I can frame the majority of the rooms and capture the scale and grandeur. Simply by steadying my camera against a column and using the self timer to reduce completely any little shake. Also a providential shelf in the hall helped me to take more photos with low ISO from another angle.

Once I had finished shooting architectural versions of the empty hall I then waited for visitors to come in so I could include them in my shots to illustrate visits contemplating the baroque beauty of this German palace.