A photo of mine of Borobudur has been published on the front cover of the latest National Geographic Traveller magazine. Located in the island of Java, not far from Yogyakarta, Borobudur is the world’s largest Buddhist temple. An authentic masterpiece of architecture built over 1,000 years ago from two million stone blocks in the form of a massive symmetrical stupa wrapped around a small gentle hill.

Borobudur was in my photographic list during my last year’s journey across South East Asia. It was my second time there after about twenty years from my first visit in Indonesia in 1997. Also at that time, Borobudur was already Indonesia’s most popular tourist attraction but nothing prepared me when I returned there last year from discovering how overcrowded with tourists and noisy at all times the place became. And it was not even on the weekend. To get more successful images I decided to spend one night in the village next to the temple trying to enjoy the beauty of Borobudur under every light conditions available, especially at sunset and sunrise. August is a month overcrowded with European tourists normally but being also the driest and sunniest month in the area is also the best period for shooting photos. 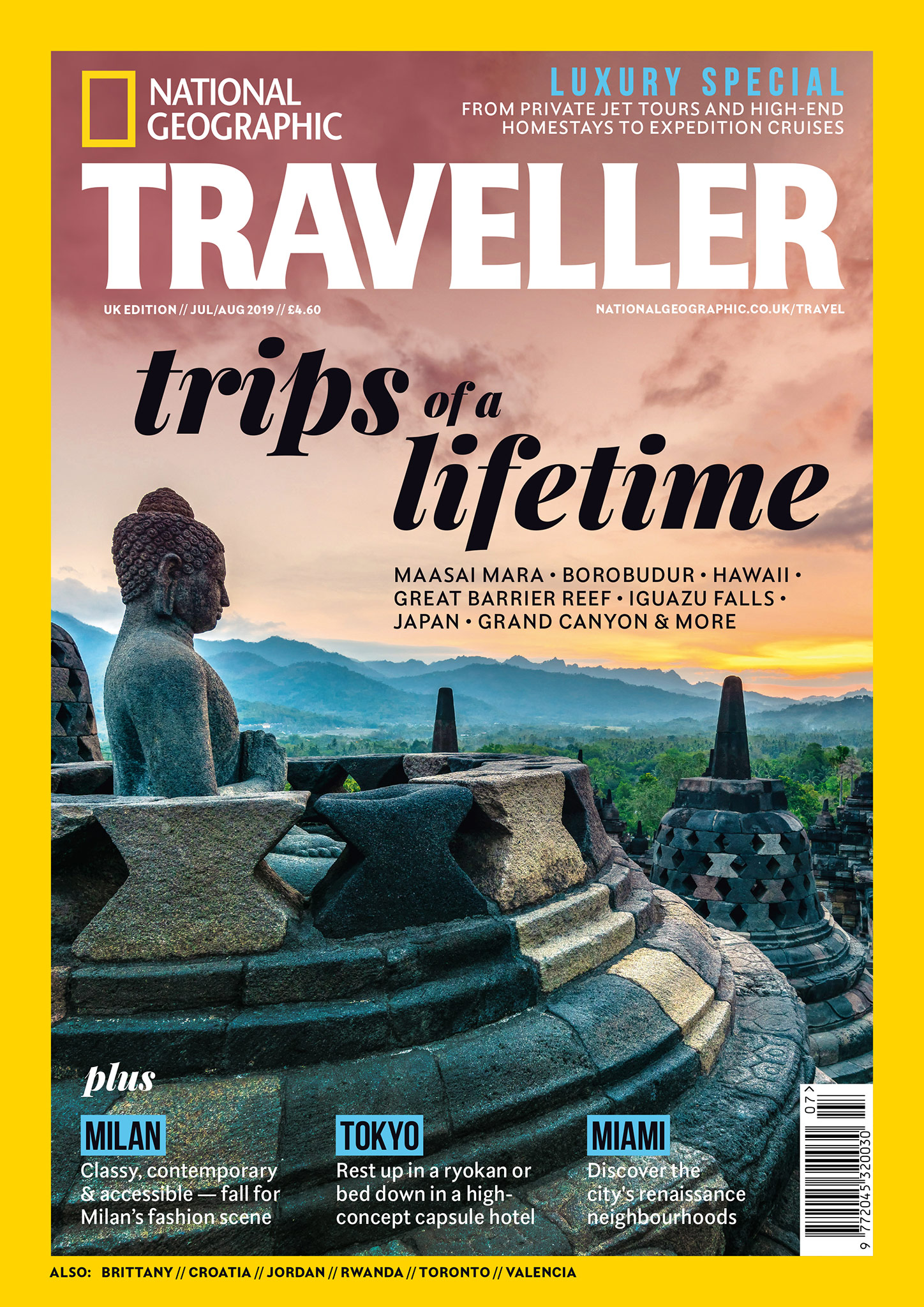 I reached Borobudur in early afternoon directly from Yogyakarta in about one-hour ride by taxi. My plan was to purchase the special outrageously priced sunset ticket (30€!) which allowed me to remain in the temple’s area till one hour after sunset while all the other tourists who purchased a normal ticket were thankfully forced to leave Borobudur before sunset. I was totally free to explore and wonder around the complex as long as I want till after sunset. From overcrowded and noisy, the temple becomes acceptably just a little crowded and this allowed me to enjoy more its architectural and spiritual beauty wrapped around hundreds among small stupas and serene-faced Buddha’s sculptures. The whole temple of Borobudur stands on a a 118m by 118m base. Its six square terraces are topped by three circular ones, with four stairways leading up through carved gateways to the top. Unlike most Buddhist temples, Borobudur was not built as a dwelling for the gods, but rather as a representation of the Buddhist cosmic mountain, Meru. Accordingly, at the base is the real, earthly world, a world of desires and passions, and at the summit is nirvana. Thus, as you make your way around the temple passages and slowly spiral to the summit, you are symbolically following the path to enlightenment.

The highest terrace at the summit was slightly crowded as most of visitors who purchased the special ticket was concentrated there in the closest point just more interested to see the misty sunset than the architectural beauty of the temple at their shoulders. This worked absolutely fine for me as I had plenty of time to find out the desired angles to shoot photos of Borobudur’s Buddhist statues and stupas framed in the distant sunset without anybody around. The only thing didn’t work for having a perfect shot was the dense afternoon haze that didn’t allow at all the distant view of Merapi volcano rising elegantly conic from the jungle in the background. Last time I was in Borobudur light at sunset was much better as I remember a Merapi volcano nicely painted with orange from the last sun rays. At that time I was shooting with a Fujichrome Velvia slide film inside my analogical Nikon camera! By the way, I couldn’t complain at all about weather and light conditions I found last summer in Borobudur.

I set my tripod next to the serene face of a seated Buddha and pointed my camera to let embrace the view of a lovely patchwork of bright green paddy fields and slivers of dense tropical forest against a vivid sunset sky made of saturated red and orange tones. I started shooting while I was trying also to fully enjoy all the spirituality and the emotions that were surrounding me happy like a kid. I remained up there till it got dark and it was then time to leave the temple.

Last week, almost one year after that day, the boss of the travel photo agency I am contributor for emailed me to let me know one of those photos I shot in Borobudur at sunset was just selected and purchased from National Geographic Traveller magazine to be published as front cover image for the upcoming June/July 2019 issue. A news that made definitely my day!