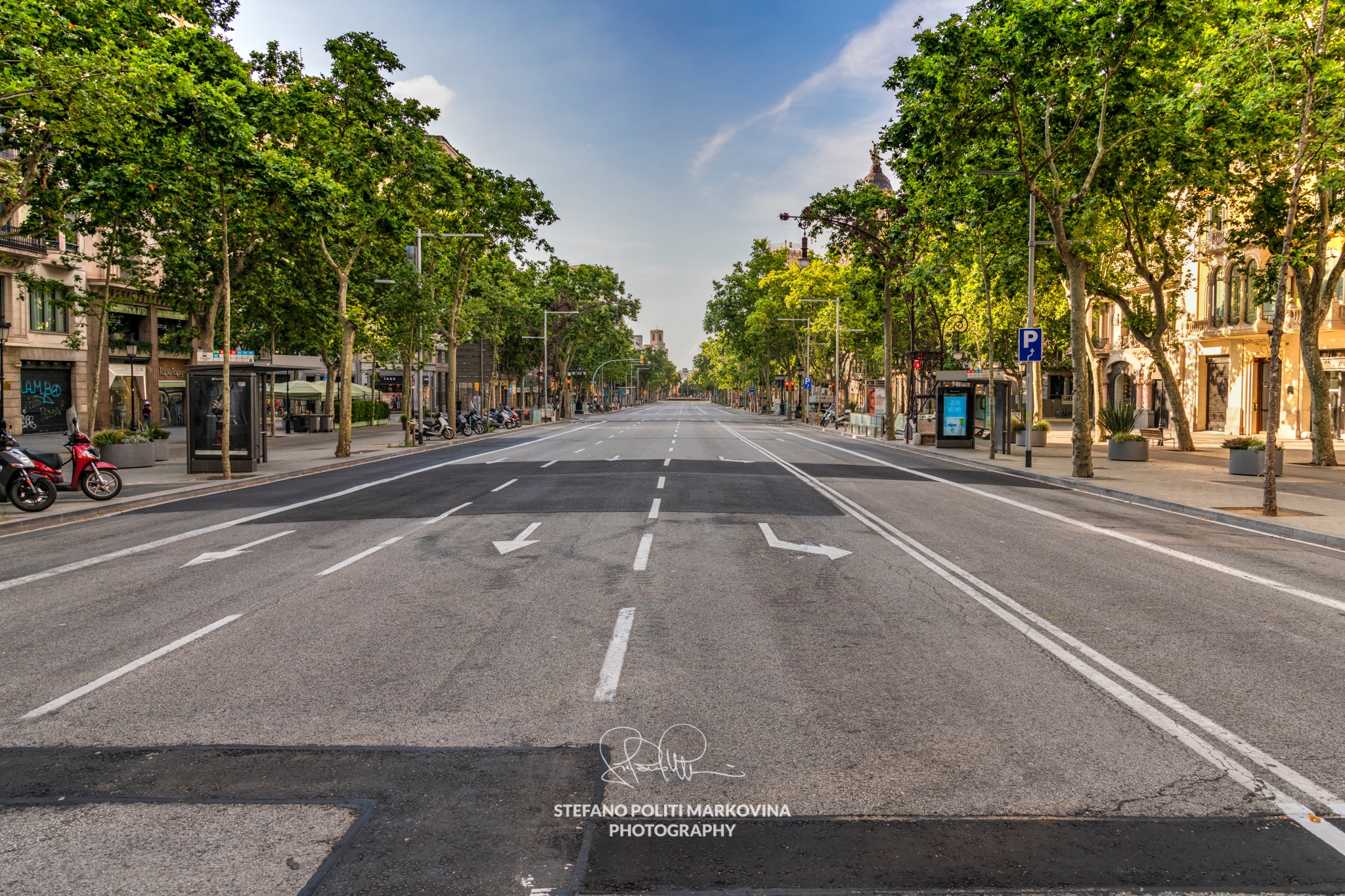 Since the over three-month Spanish-led state of alarm to fight against the covid-19 pandemic officially ended today, June 21, life is slightly returning to something near normality in Barcelona. A new normality how someone ironically called it. Many bars and shops already reopened while others affected by the covid outbreak will never unfortunately. Soon, the first landed tourists will stroll again along the iconic Rambla pedestrian mall. For about 100 days, the pandemic outbreak gave Barcelona a frightening but somehow beautiful picture of a deserted and soulless city without life and tourism. A precious and unreal opportunity to shoot unique and unforgettable images for many local photographers, including myself. And that's all because of a small virus that everybody in Europe labelled as a mere Chinese problem at the begin of the year.

THAT THE DAY AFTER'S ATMOSPHERE 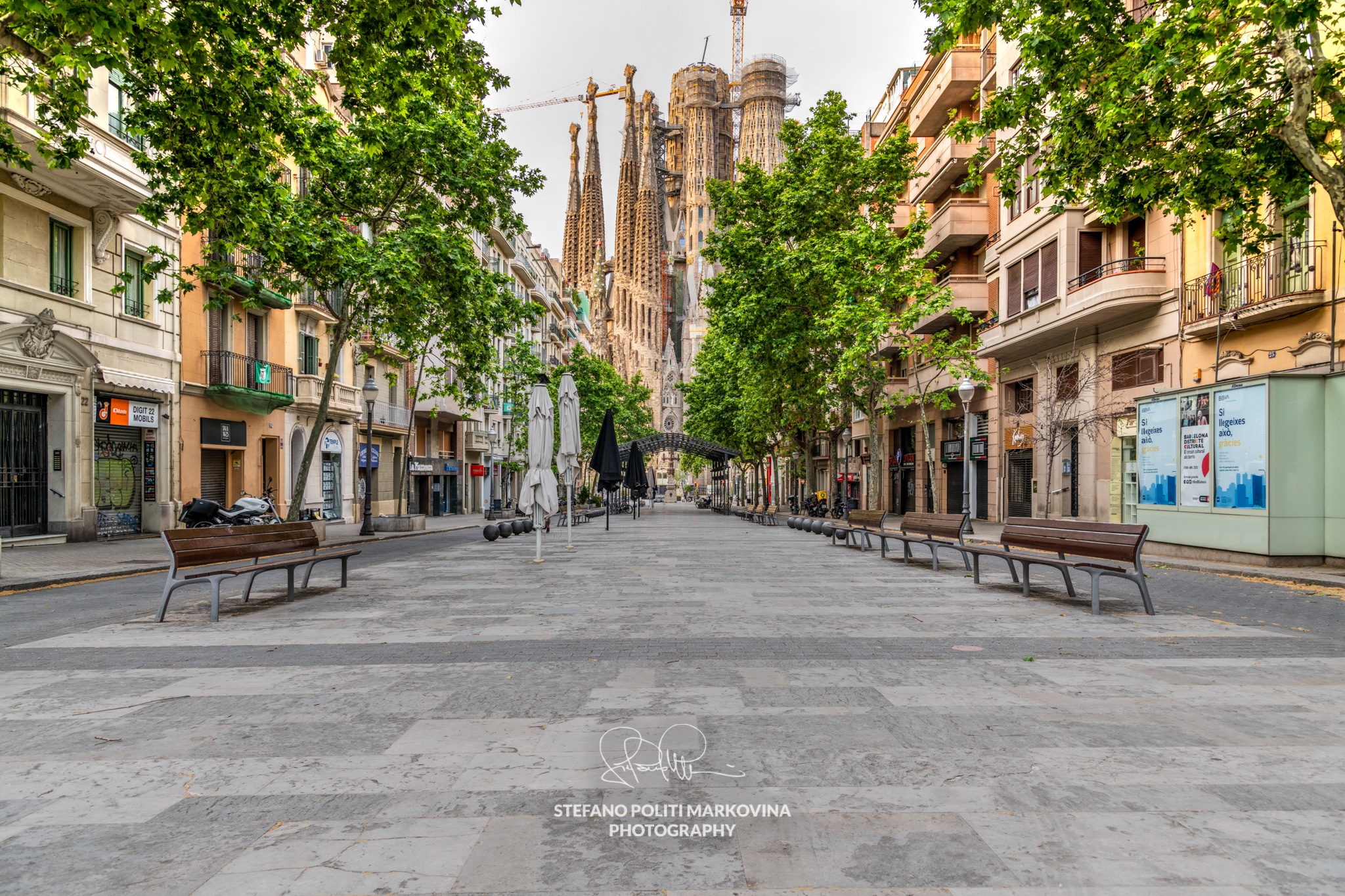 During the strict Spanish lockdown, Barcelona looked like a miserable ghost town in the same way of many other cities worldwide. Empty streets all for you and your camera except for a few passing private cars or empty buses only and the usual Glovo or Deliveroo riders who never cease to work during the coronavirus outbreak. Along the normally over crowded with tourists Rambla street you could even hear the birds singing from the trees. Even the pollution disappeared which was the only positive thing.
In an unreal general silence, my footsteps seemed to echo on the in the lonely sidewalks of a totally deserted city. It was like all of its inhabitants disappeared suddenly and I was acting in a science fiction movie. 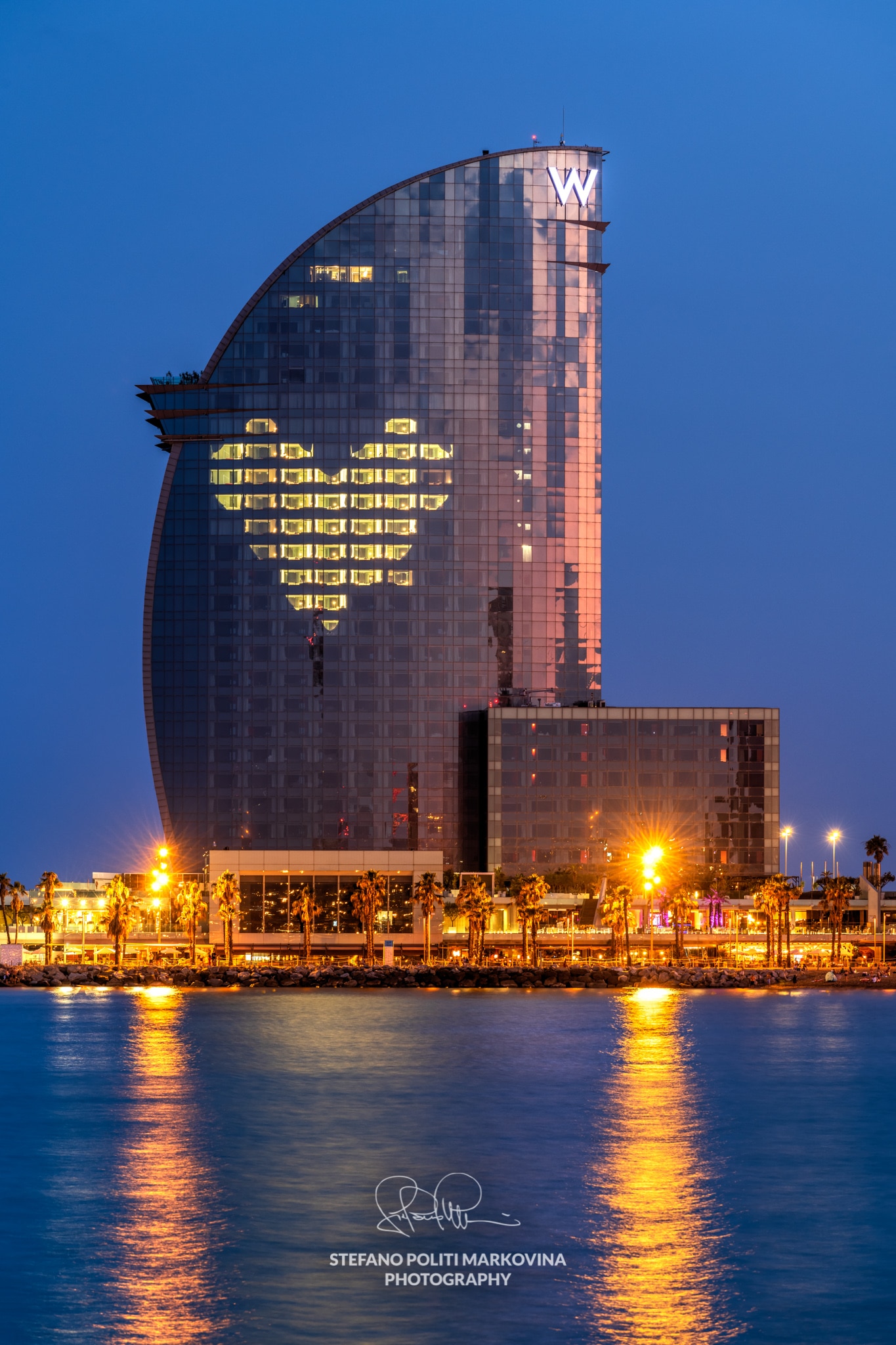 What hit me hard was a follow each other of closed shops which sounded so depressing. Time seemed to have stopped to that infamous date of March 14 when the imposed lockdown started all over Spain. The dusty and dark shop windows had still winter collection on display made of winter shoes, down jackets or coats accompanied by colorful sales signs.
One shop window suggested original presents for Father's Day that never sold at the end while another one invited clients to hurry with shopping as sales period was almost over. A street retro playbill announced some never held rock and symphonic concerts.
The pandemic stopped everything by freezing our time to that infamous day of March. In such a depressing context I felt culpably happy as for the first time since lockdown started I went out for some unreal shooting and not just to get in line at my local supermarket. 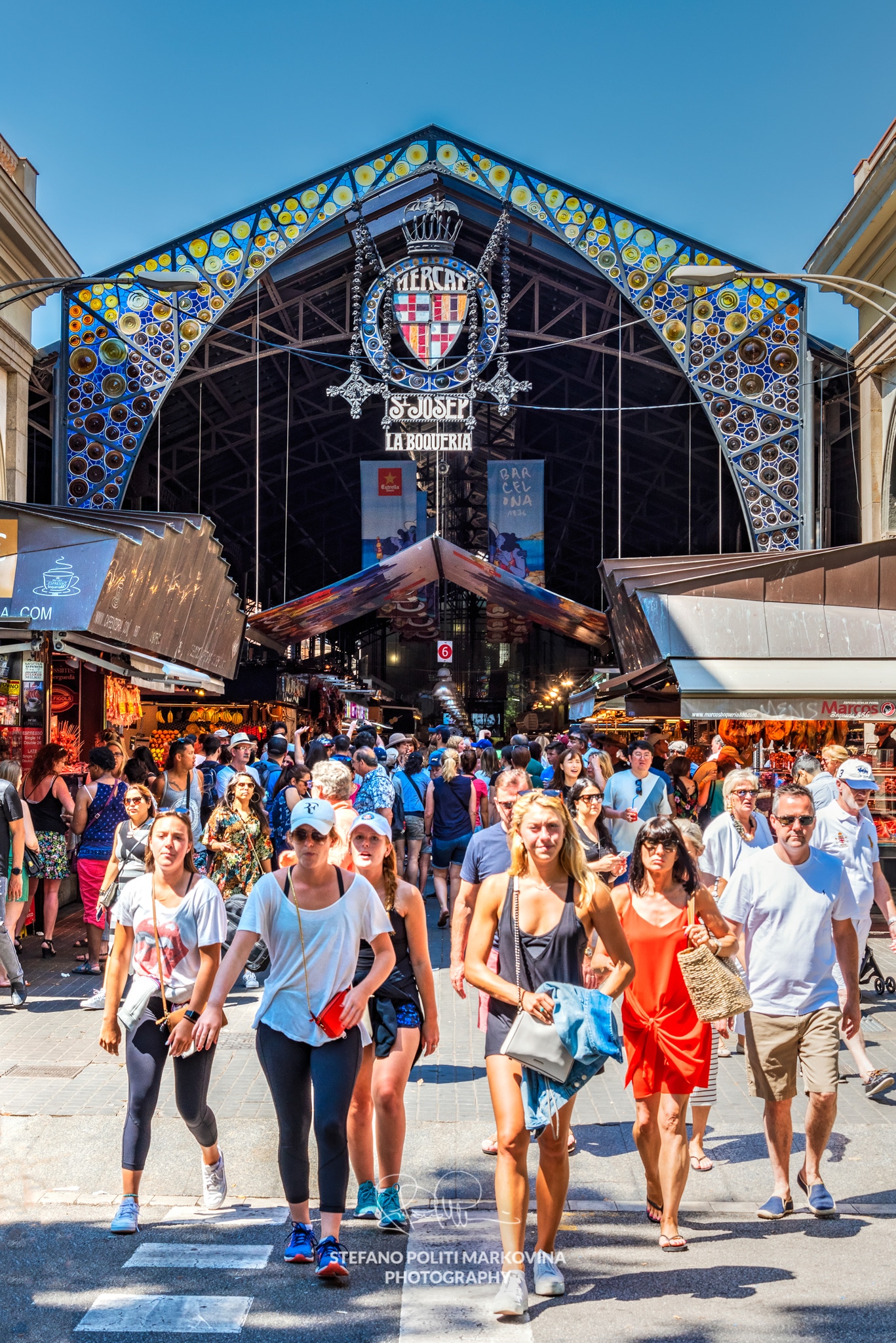 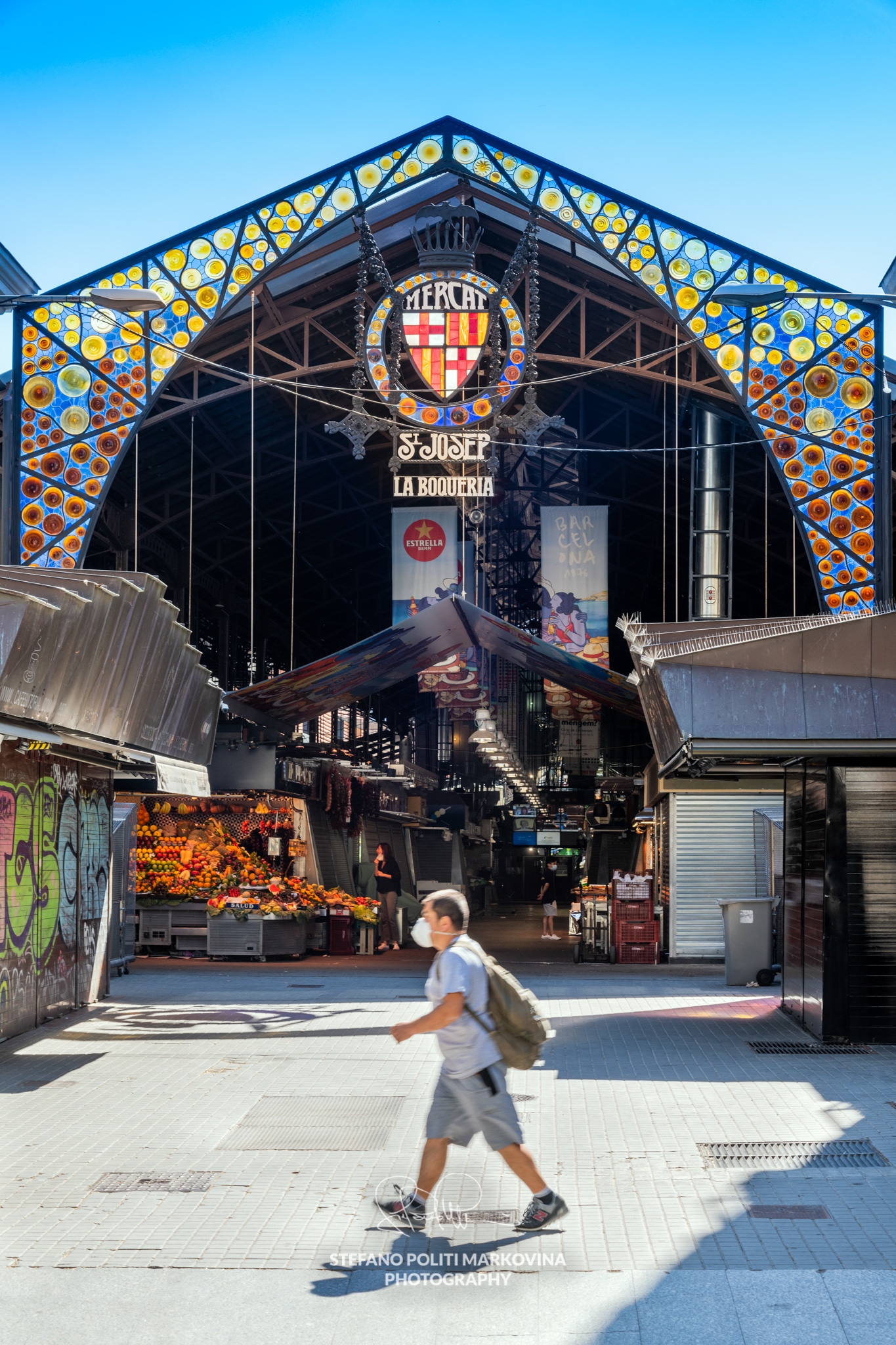 Two images of mine of the famous Boqueria food market shot a year apart from each other before and after the pandemic. Crowded with tourists as it was normally before the coronavirus outbreak and sadly empty after. These images reveal the mere danger of Barcelona's overreliance on tourism, demonstrating in brutal fashion what happens when an industry heavily supporting an entire community collapses suddenly. After so many years in which tourism grew exponentially to the point where Barcelona received at least 30 millions of visitors only last year, they'd gone. Totally! Normally famous to be quite rude with tourists, the Boqueria's sellers were all smiling and nice to me as I was the only one touring with a camera inside the almost empty market. They thought or hope I was a tourist, which means a potential buyer! With just a bunch of local morning shoppers, the after pandemic's Boqueria looks like exactly the Boqueria of some thirty years ago. 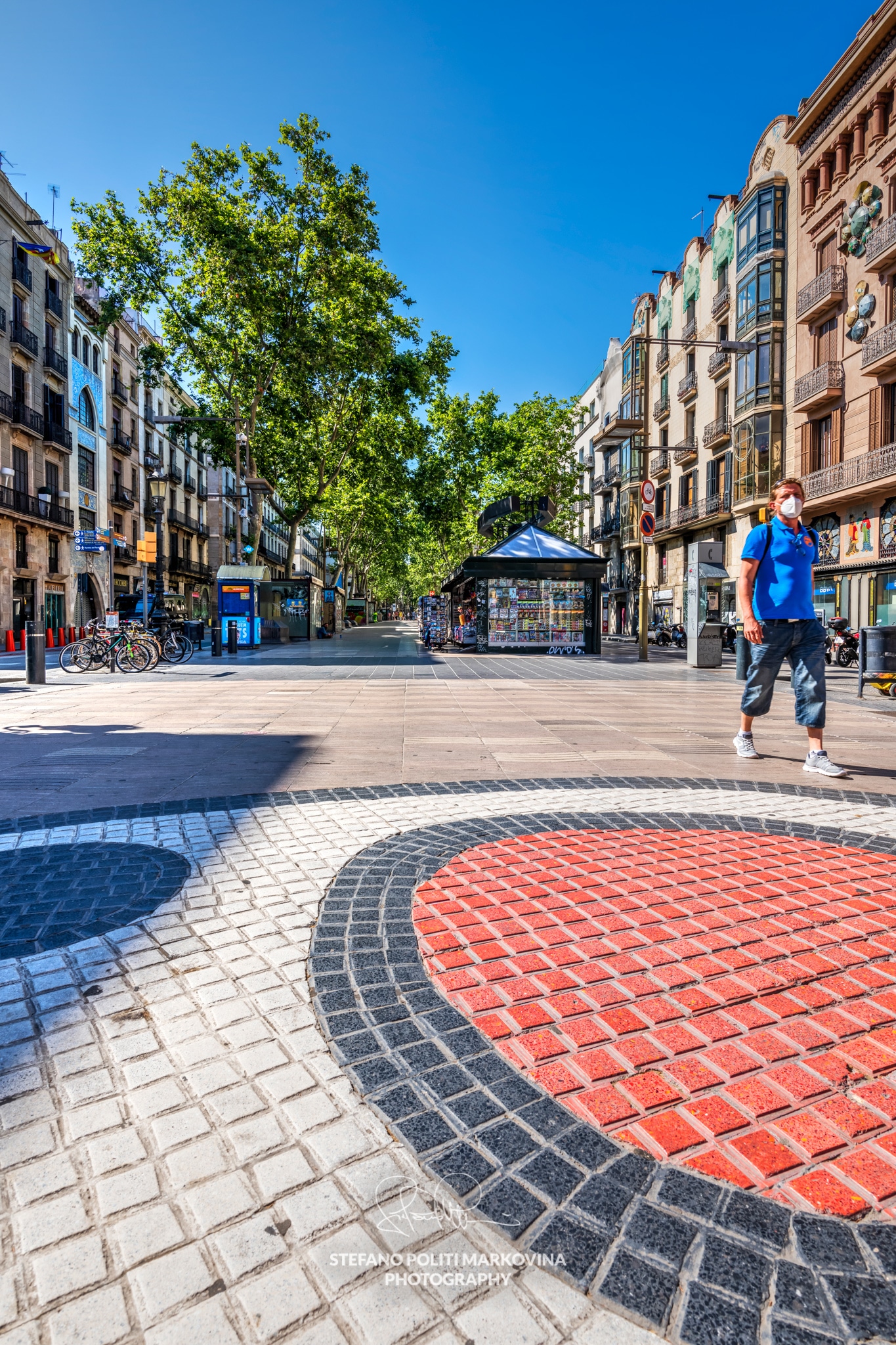 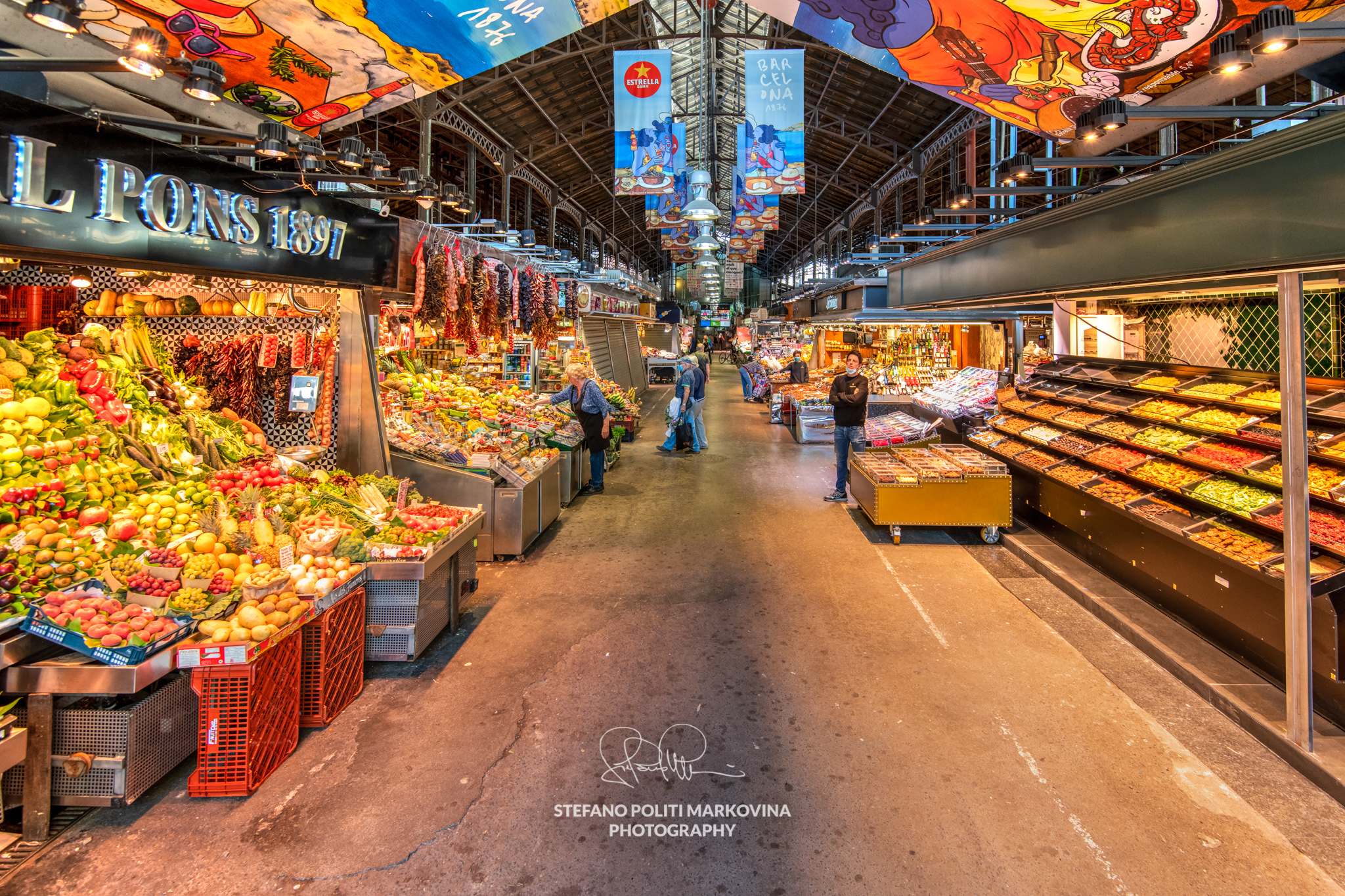 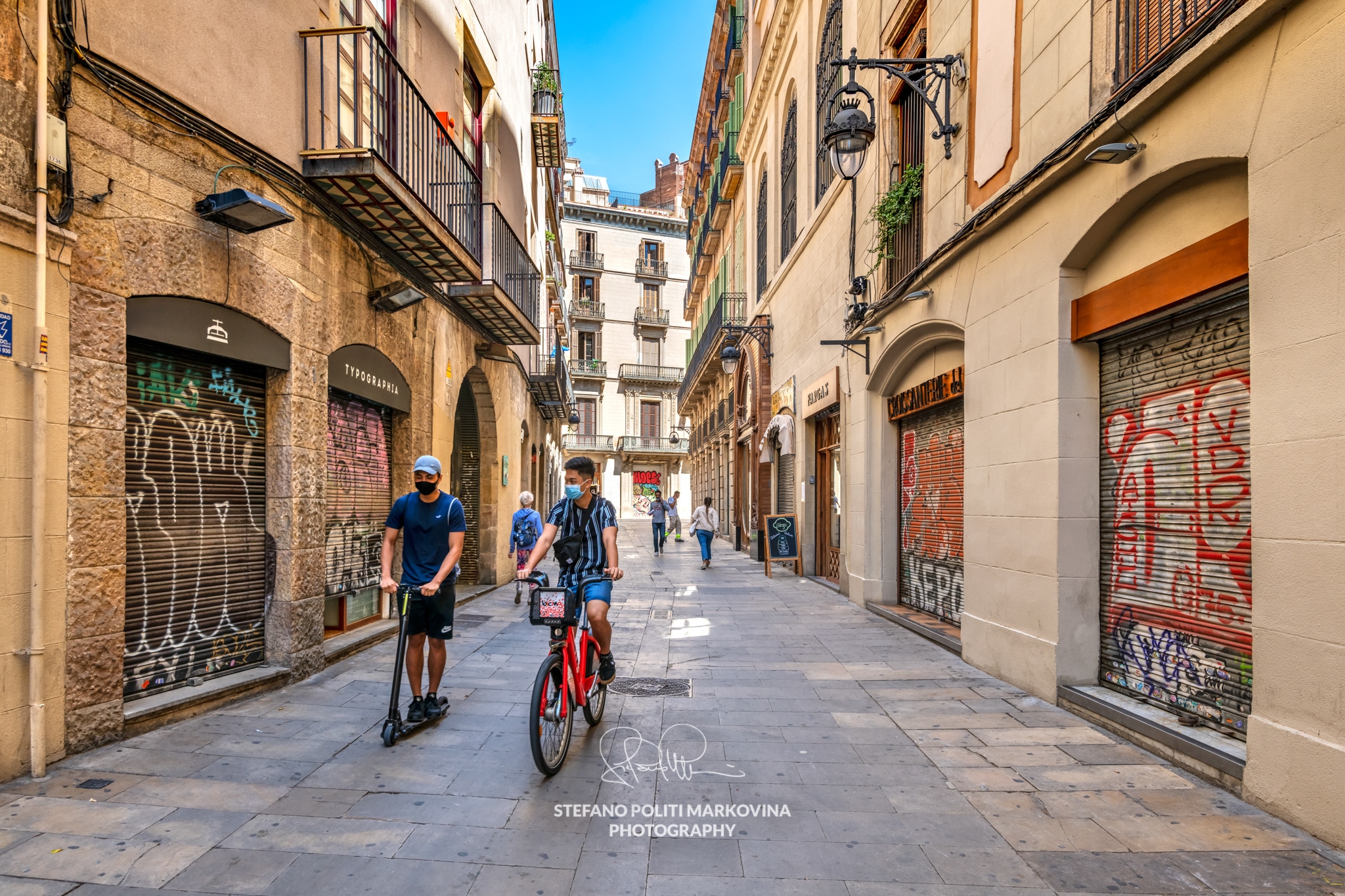 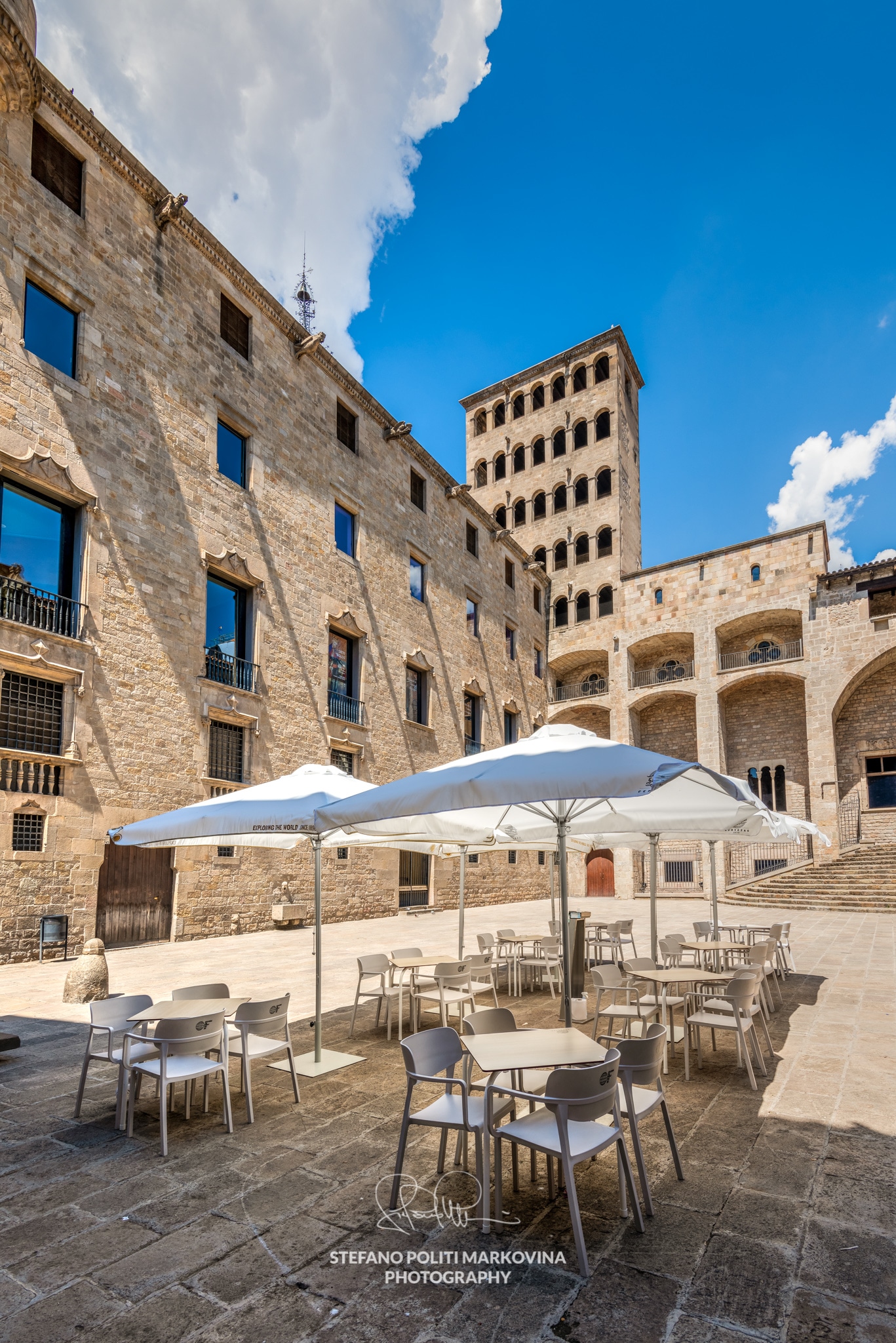 The coronavirus pandemic took a high toll on many retailers in Barcelona since the future of hundreds among bars, restaurants and small business is at stake. Many of them will permanently shut down unfortunately. Especially all those tourist-dependent located in the old town district of Gothic Quarter  (Barrio Gotico). Among these retailers there's also a famous and historical mask-making shop that used to have mostly tourists among its clients. Located in the old town, this shop was run for over 40 years by a lovely Spanish-Palestinian couple who met each other while studying in Florence, Italy. They tried unsuccessfully to sell their small business to a new owner but the pandemic gave them the coup of grace considering the miserable near future. As a sign of gratitude to the hundreds of messages of sympathy they got from local residents, they put a mask in the empty dusty shop window accompanied by a sheet saying "Thank you, Barcelona". 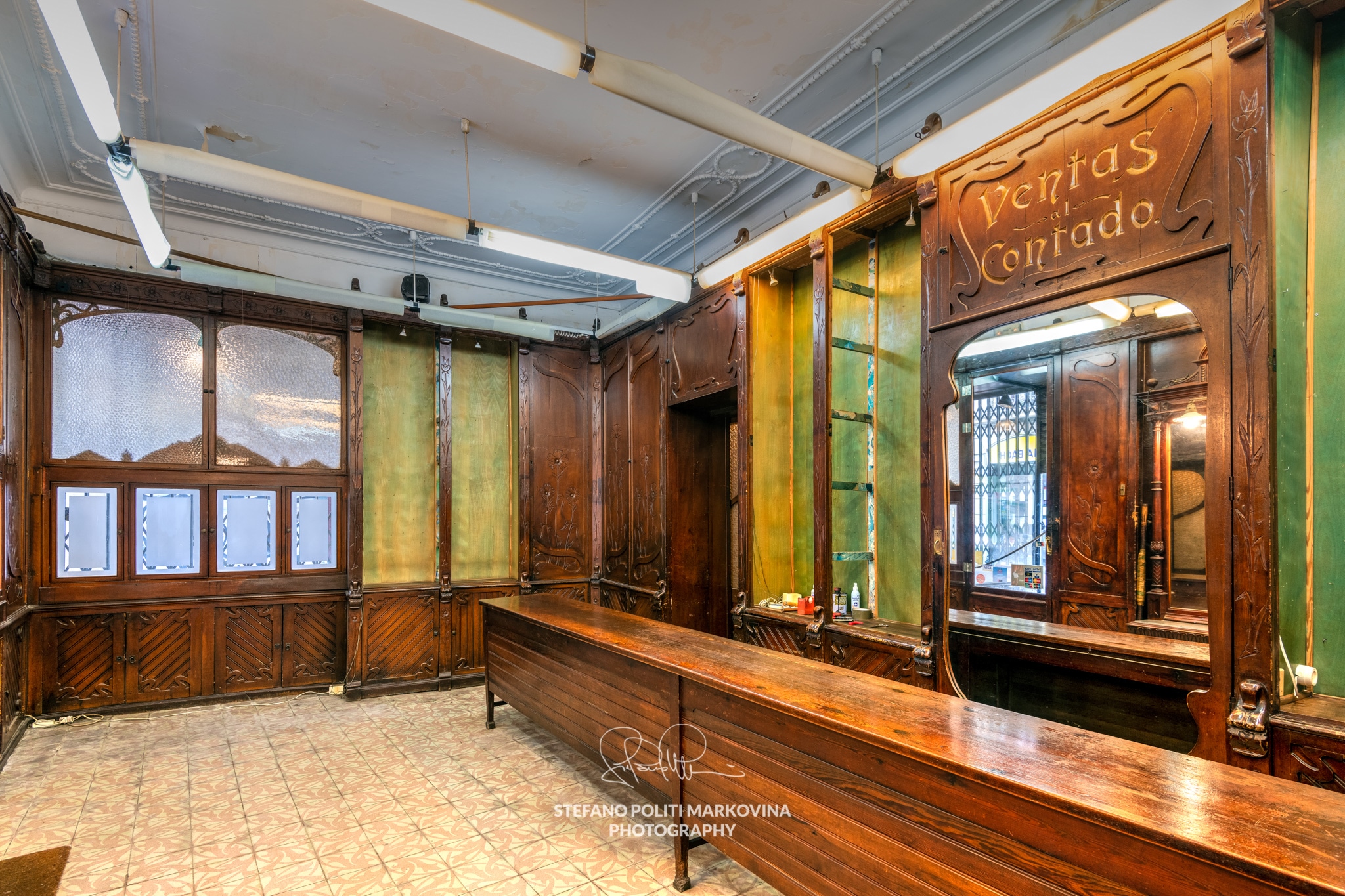 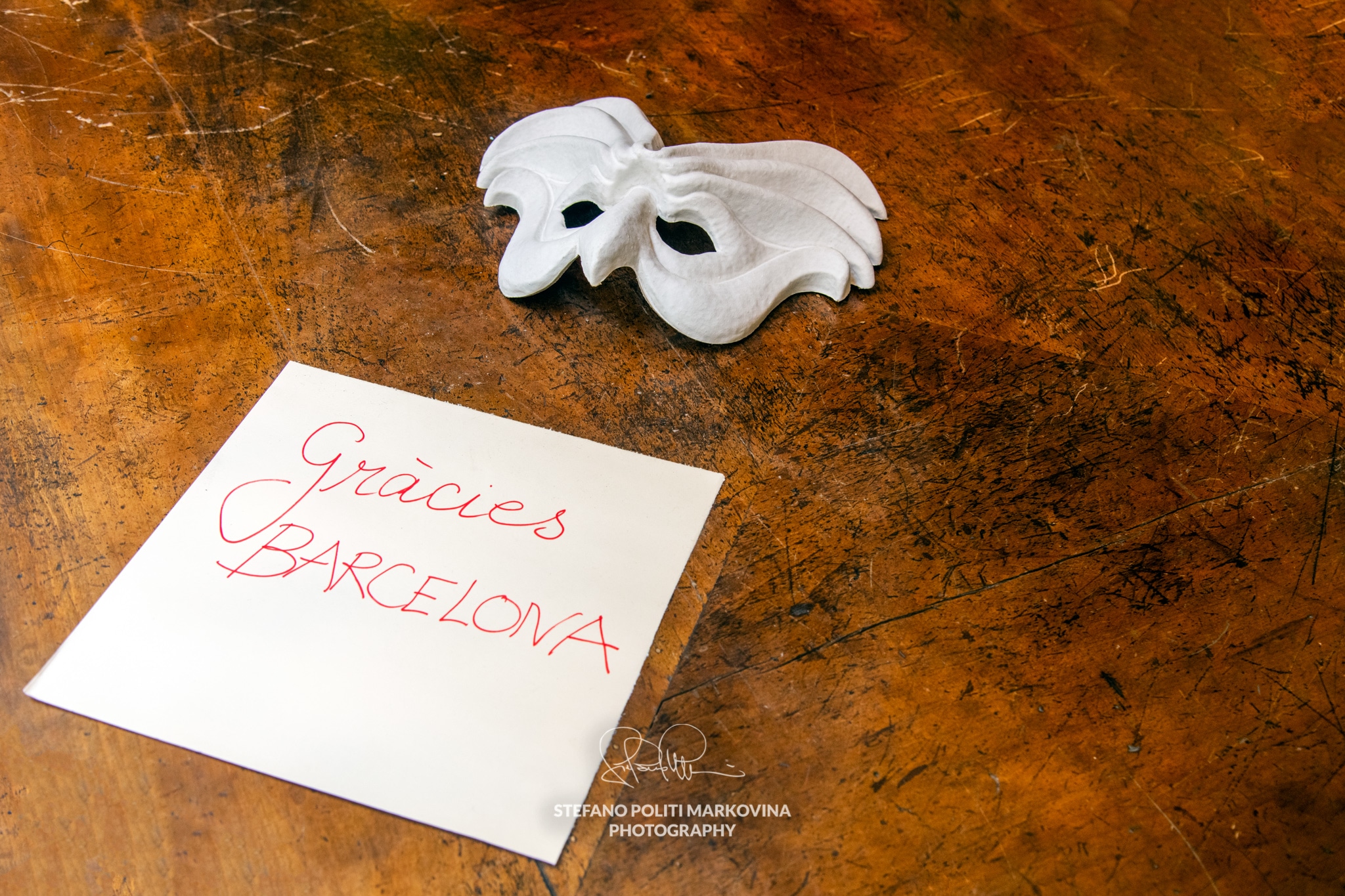 Since the Spanish government eased the strict imposed lockdown to fight the covid pandemic, commuters barely started to use public transportation again. The normally crowded trains of Barcelona's metro look mostly nearly empty even during peak-hour. Some people are suspicious if not afraid about using public transport. The pandemic has made us all more fragile and insecure. Curiously, it looks like the covid-19 outbreak also had the power of freezing time in Barcelona's metro as all the ads you still see in the single stations are outdated. 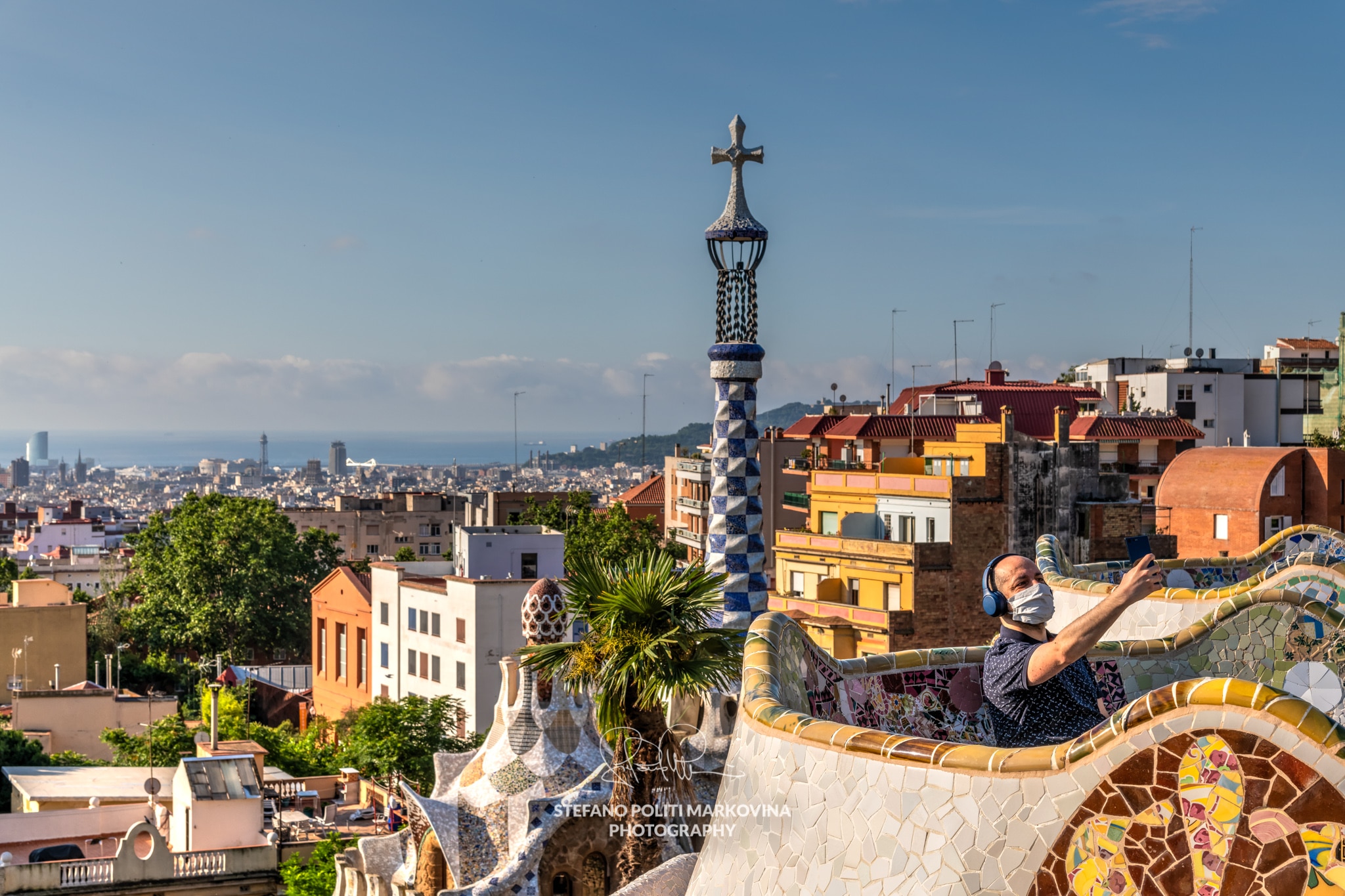 About 100 days have passed since all the famous tourist iconic Gaudi's monuments Barcelona is worldwide famous for have been closed to visitors due to the coronavirus outbreak, including the Sagrada Familia basilica church. Also the apparently never ending
construction works to finish the majestic church stopped since then.
As the state of alarm came to an end and Spain is moving to a new phase of deescalation, all these attractions will reopen starting from July except for Park Güell which has opened already.

Sagrada Familia will reopen to visitors next July 4th. For a couple of weeks the access to the Gaudi's masterpiece will be restricted to Barcelona's residents only with free guided tours offered. The first ones to benefit from these free visits will be the Barcelona's health workers and security forces followed then by Barcelona's residents. After that, Sagrada Familia will reopen officially to everybody with ordinary fees.
Sagrada Familia, Park Güell, Casa Batllò, just to name the most famous ones. For over three months all these iconic Gaudi's attractions in town stood empty and lonely while all the city had to shelter under one of the strictest lockdowns in the world. Since they were built, all these Barcelona's tourist attraction have survived a civil war, military dictatorships and economic crises. And even a pandemic this time. 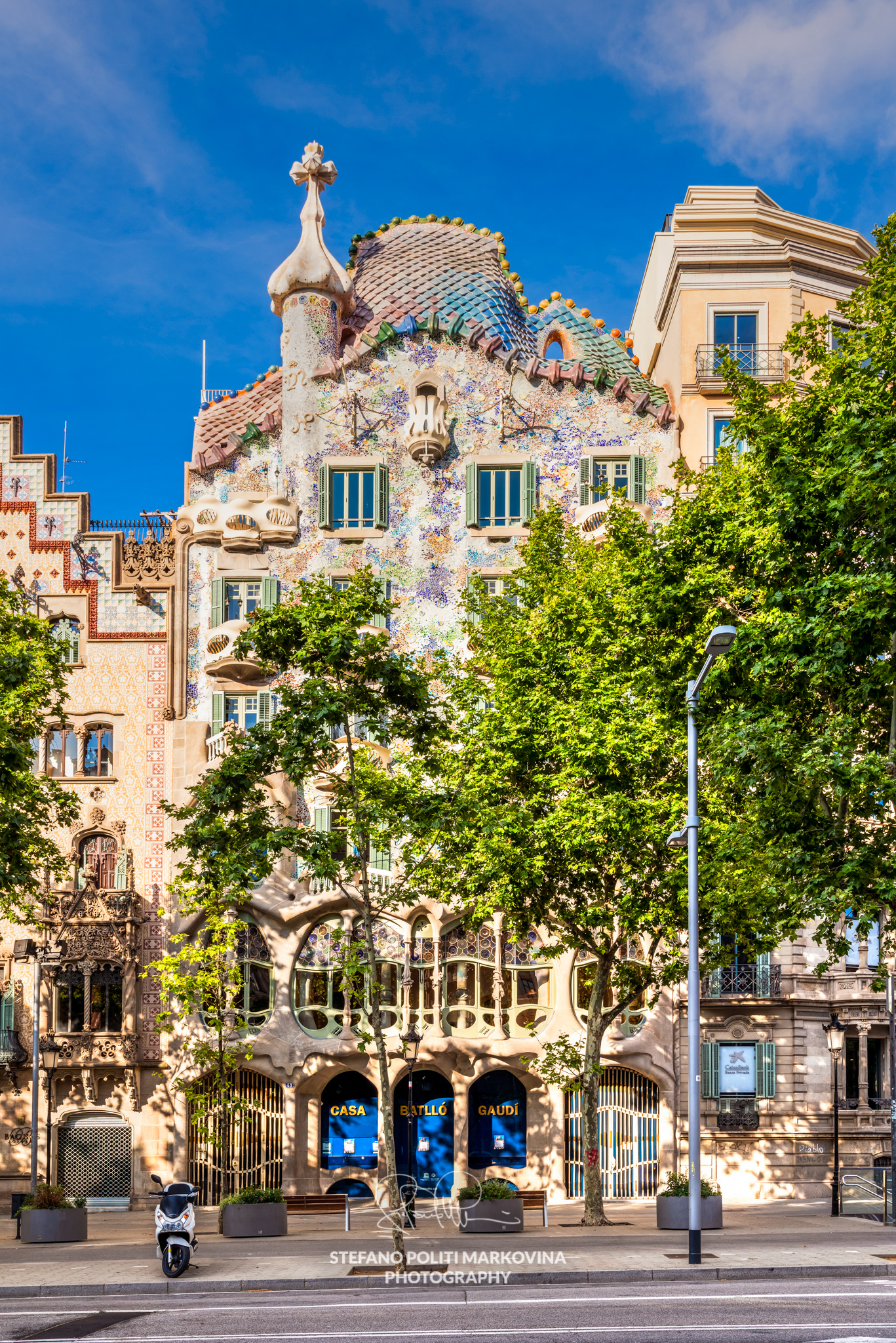 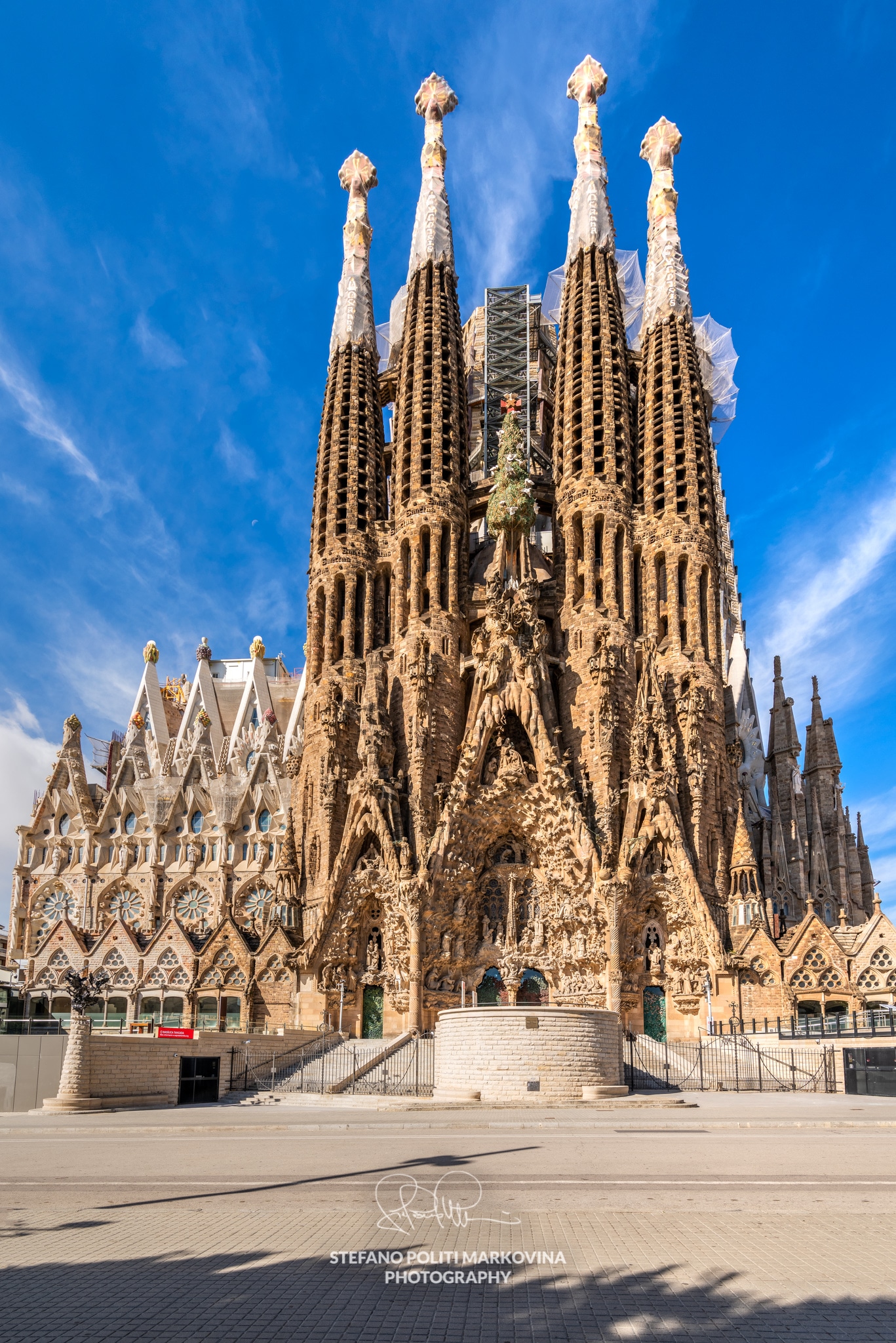